Dr. Butura graduated from Columbia University School of Dental and Oral Surgery and subsequently completed the oral and maxillofacial surgery program at the University of Illinois Medical Center in Chicago. Dr. Butura is also board certified by the American Board of Oral and Maxillofacial Surgeons.

Dr. Butura’s personable, charming manner and sense of humor are only part of what make him a favorite among his patients and peers. They most appreciate his capabilities as a skilled and meticulous surgeon. He practices within the full scope of oral and maxillofacial surgery, with an emphasis on dental implants and oral reconstruction. 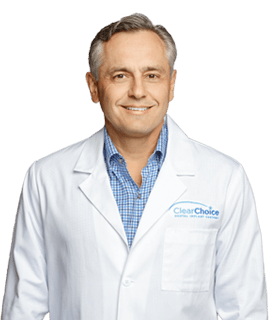 Dr. Alberto received his degree in prosthodontics and completed an advanced implant surgical fellowship at the University of Florida.

For the last six years, he has been a member of a highly successful group practice in Jacksonville, and he serves as part-time faculty at the College of Dentistry, where he helped develop protocols to enhance the implant curriculum. He also is an instructor to fellow dentists, particularly in the area of dental implant restoration.

Dr. Alberto consistently invests time and resources to further his education, having attended numerous seminars around the world, and he often is recognized by local news stations for his community work. 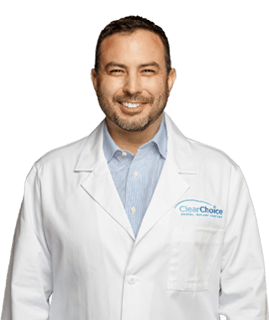 Dr. Phillip McIver attained his Doctor of Dental Surgery degree from the Loma Linda University School of Dentistry in Loma Linda, California. He completed specialty training in Oral and Maxillofacial Surgery at Columbia University at Harlem Hospital Center. Since completion of his training, Dr. McIver has owned and operated three implant and oral surgical practices in North Carolina. At the same time, he created and operated over seven surgical satellite locations across the southeast region of North Carolina to provide much-needed dental care to many underserved communities.

Dr. McIver puts his wealth of knowledge, experience and passion into every single procedure. He treats his patients with genuine compassion and is truly honored to serve his community as an oral and maxillofacial surgeon. He values time at home with his wife and three children and has enjoyed serving international underserved communities in Haiti, Dominican Republic and Brazil. 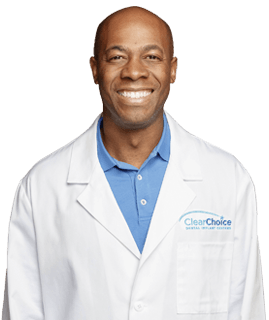 Dr. Galindo received his dental degree from Universidad Javeriana School of Dentistry. He then pursued specialty training at the University of Rochester Eastman Dental Center, where he earned a certificate in prosthodontics. He later served as Assistant Professor in the Department of Prosthodontics and Operative Dentistry at the University of Connecticut School of Dental Medicine. 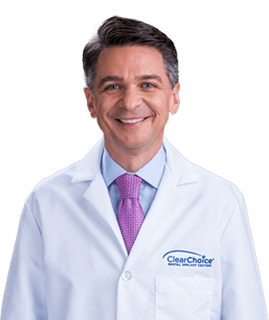 Dr. Matos earned his Doctor of Dental Surgery degree from the New York University (NYU) College of Dentistry in 1995. His training in Oral & Maxillofacial Surgery was completed in 1999 from Bellevue Hospital Center/New York University Medical Center when his specialty certificate was awarded.

In addition to being a key member of the team at ClearChoice Dental Implant Center in New Jersey, Dr. Matos is the Chief Attending Surgeon in the Division of Oral & Maxillofacial Surgery in the Department of Surgery at Trinitas Regional Medical Center (Elizabeth, NJ). He has also been privileged to serve as President of the Union County Dental Society.

Dr. Matos is excited to continue his passion for restoring form, function and health in the state where he was born and raised. His special interests include Trauma, Pathology and Reconstruction –Skeletofacial and Endosseous Dental Implants.

“When you hand a patient a mirror after surgery, the emotion is overwhelming. It’s not uncommon to have tears of joy in your eyes. There is no better feeling.” 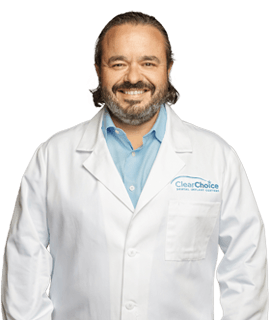 Dr. Jovic earned a Doctorate of Medical Dentistry from the Tufts University School of Dentistry in Boston, MA. He then completed an Advanced Education in General Dentistry (AEGD) in Providence, RI. In 2008, Dr. Jovic decided to elevate his expertise beyond general dentistry by continuing his training with a heavy emphasis on prosthodontics and dental implants. His advanced prosthodontics training was completed at the University of Southern California, School of Dentistry.

He is a member of the American Dental Association, Academy of Osseointegration and American College of Prosthodontists.

Dr. Jovic constantly aims to remain updated on the dynamic field of implants. His specialized training allows him to provide an effective and accurate personalized plan for each patient he treats. The goal of each plan is to restore optimum function in combination with aesthetic success. 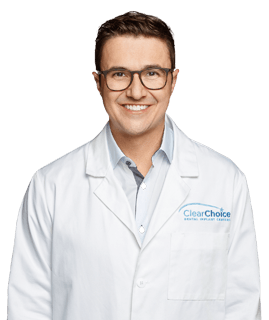